ID: Wolf mortality in Idaho, a final toll. 48 – 59 percent of Idaho wolves killed in one year.

The Wildlife News has finally obtained all of the records of documented mortality for wolves from April 1, 2011 up to April 1, 2012. This information tells a grim story about what the toll of handing over management to the State of Idaho has been on the Idaho wolf population.  All told, based on some estimates made using the data, under state management, 721 wolves, or 59% of the wolves, were killed in the year running from April, 2011 – April, 2012.  Even if you use only documented mortality, without estimating additional, unreported illegal take or other causes of mortality, then 492 wolves, or 48% of the wolves, in Idaho were killed.

I have made previous, and very similar posts based on preliminary information but this post is based on all of the wolf mortality information that the Idaho Fish and Game has for the period of time.  The information contains critical information about the number of wolves killed which had radio collars. Using the official estimate of 746 on December 31, 2011 as a benchmark I was able to make some educated guesses about the full extent of undocumented mortality.

The wolves killed under the “Control by Government” (75) label included those killed by IDFG (20), USDA Wildlife Services (48), and by Idaho County Deputies (7).

Meanwhile, Idaho Fish and Game Commission Chairman, Tony McDermott still has not retracted his claim that there are 1,200 – 1,600 wolves in Idaho and the Commission set more liberal hunting rules for the upcoming year.  Rocky Barker also weighed in criticizing Defenders of Wildlife for complaining about the toll that Idaho’s management has had on wolves.  He seems not to understand the meaning of the word “decimate”. 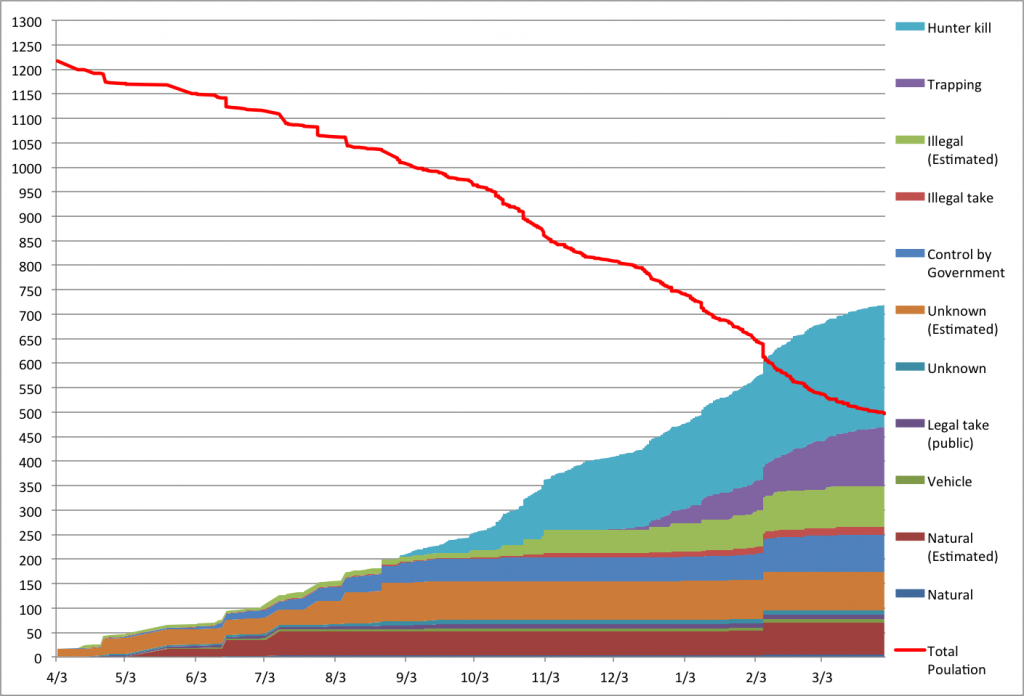 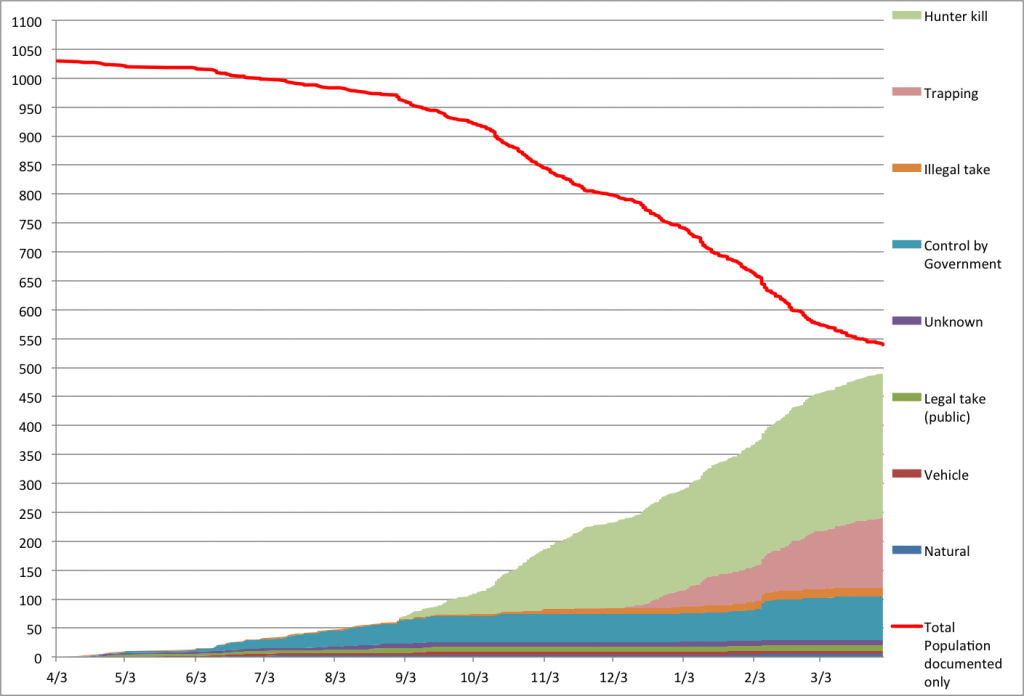