The last quiz and trivia piece was all about botany. This quiz is all about wildlife. Now, back in 2011, Bob Janiskee created a Watchable Wildlife Quiz for the Traveler, but I’ve managed to not duplicate any of Professor Janiskee’s questions. So, go ahead and test your wildlife knowledge on these quiz questions before looking at the answers at the bottom of this piece. Once you’ve finished with this quiz, why not click that link above and try answering that other wildlife quiz.

1. Travel via floatplane to Katmai National Park & Preserve in Alaska and spend the day (or two or three) viewing and photographing the amazing Alaskan brown bears fishing for salmon in the Brooks River. True or False: All brown bears are grizzlies. 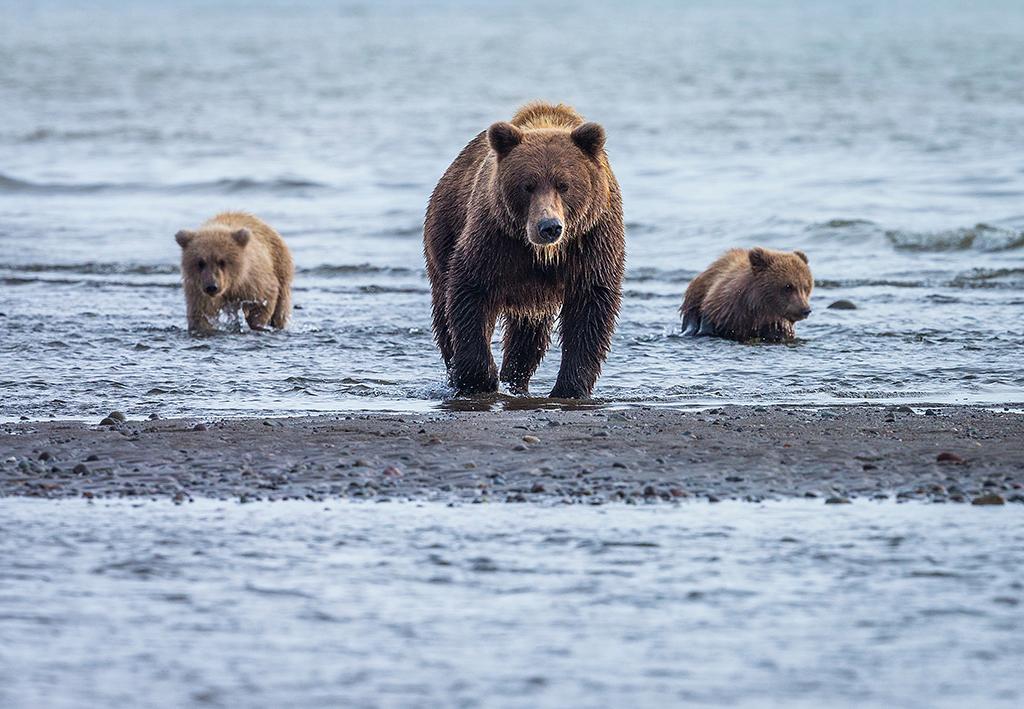 2. Let’s stick with Alaskan brown bears a little longer and take a visit to Lake Clark National Park & Preserve. These coastal brown bears eat a diet rich in salmon and _____.

d) all of the above 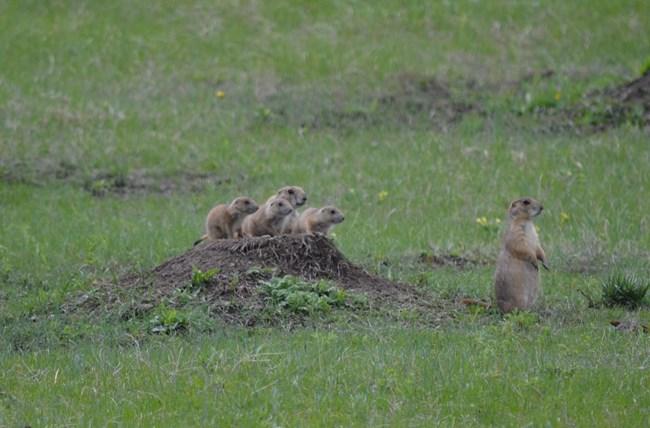 3. A trip to Wind Cave National Park in South Dakota is not complete without at least one prairie dog sighting. There are five species of prairie dog in North America. Which variety makes their home at Wind Cave? 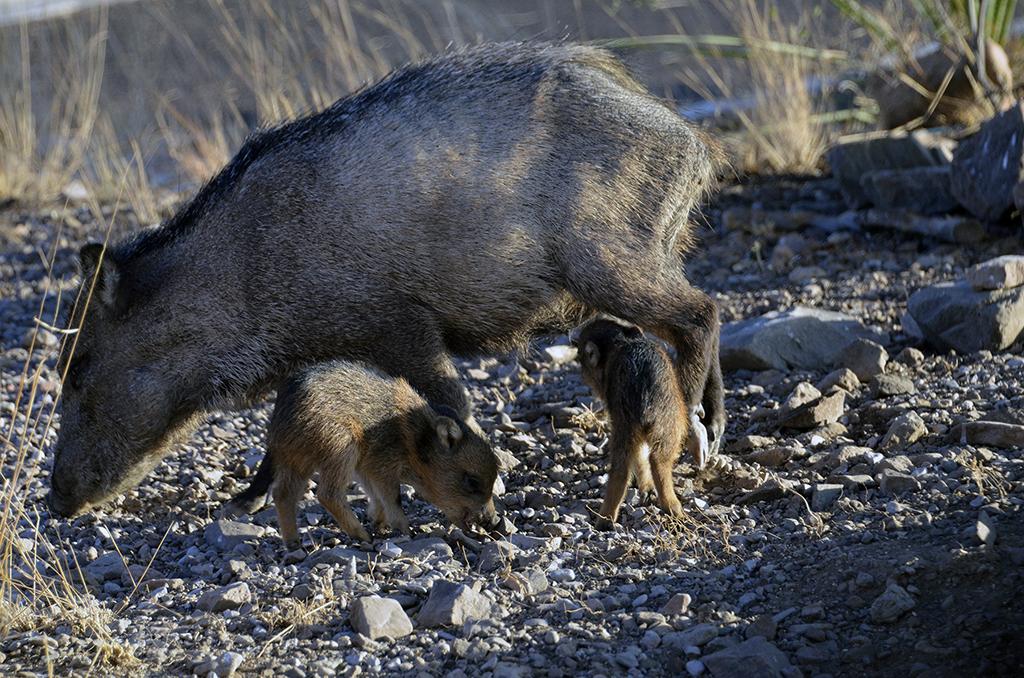 4. While you are wandering through Big Bend National Park, in Texas, early in the morning or later in the evening, you might come across a couple or more javelinas (aka collared peccarys). True or False: javelinas are a type of pig.

5. Olympic National Park in Washington state provides habitat for 37 species of native fish including steelhead, coho salmon, sockeye salmon, and chinook salmon. Fish that migrate from freshwater rivers to the saltwater ocean and back to freshwater to spawn are called ____.

6. True or False: The black bear is the only species of bear found in Virginia’s Shenandoah National Park. 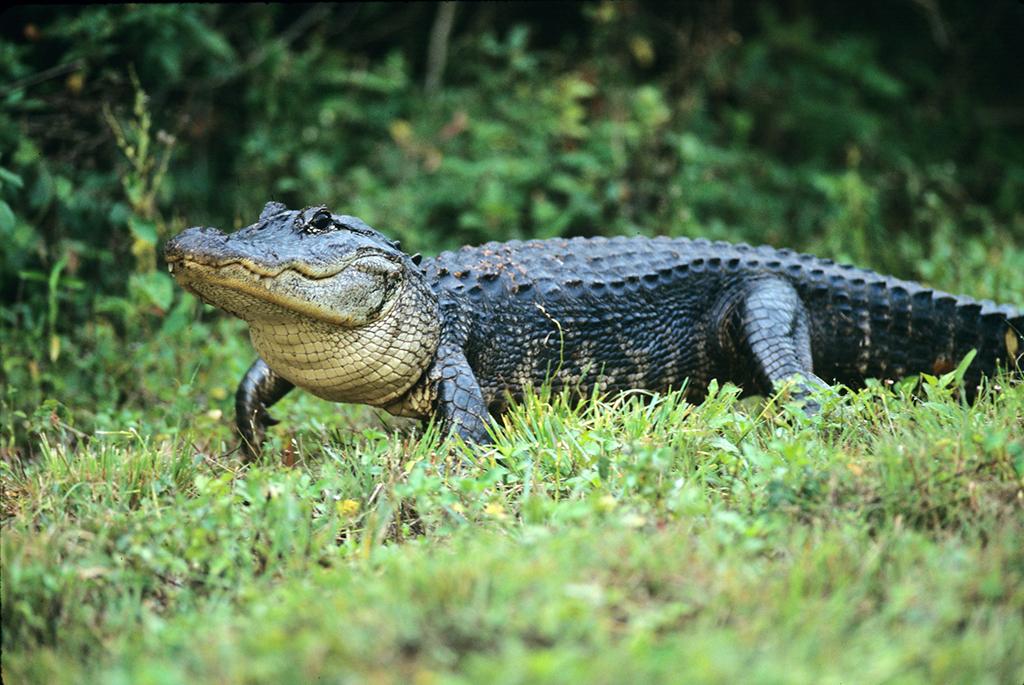 7. True or False: Only in south Florida, which includes Everglades National Park, do alligators and crocodiles coexist naturally in the wild. 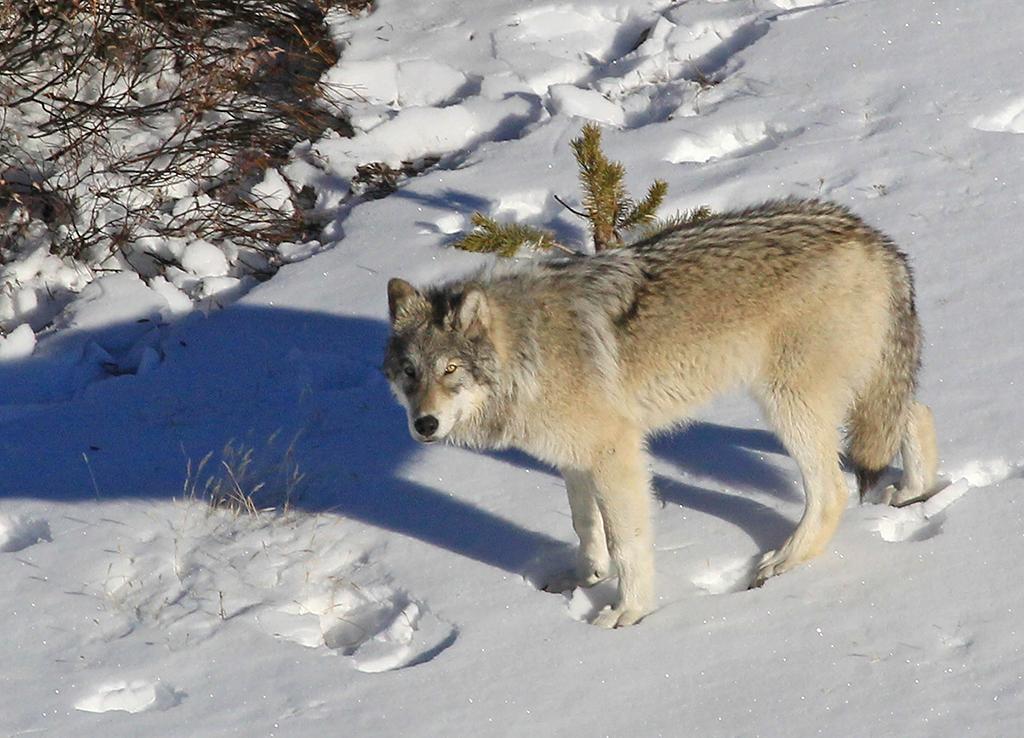 8. Wolves consume a wide variety of prey, large and small. They efficiently hunt large prey that other predators cannot usually kill. In Yellowstone National Park in Wyoming, what percentage of wolves’ winter prey is elk? 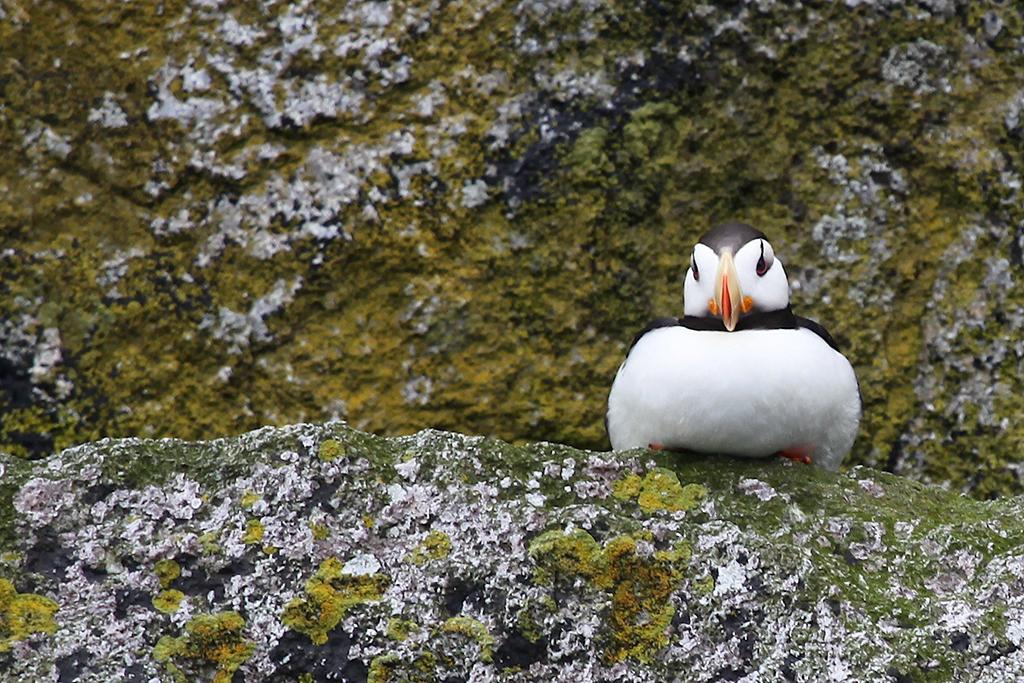 9. In Kenai Fjords National Park in Alaska, you may have the chance to view puffins. There are four species of puffins in the world. Of that four, how many species can be found in Kenai Fjords?

10. Sliders, cooters, and snappers are all a type of ______ seen at Congaree National Park in South Carolina.

Here’s some trivia for you 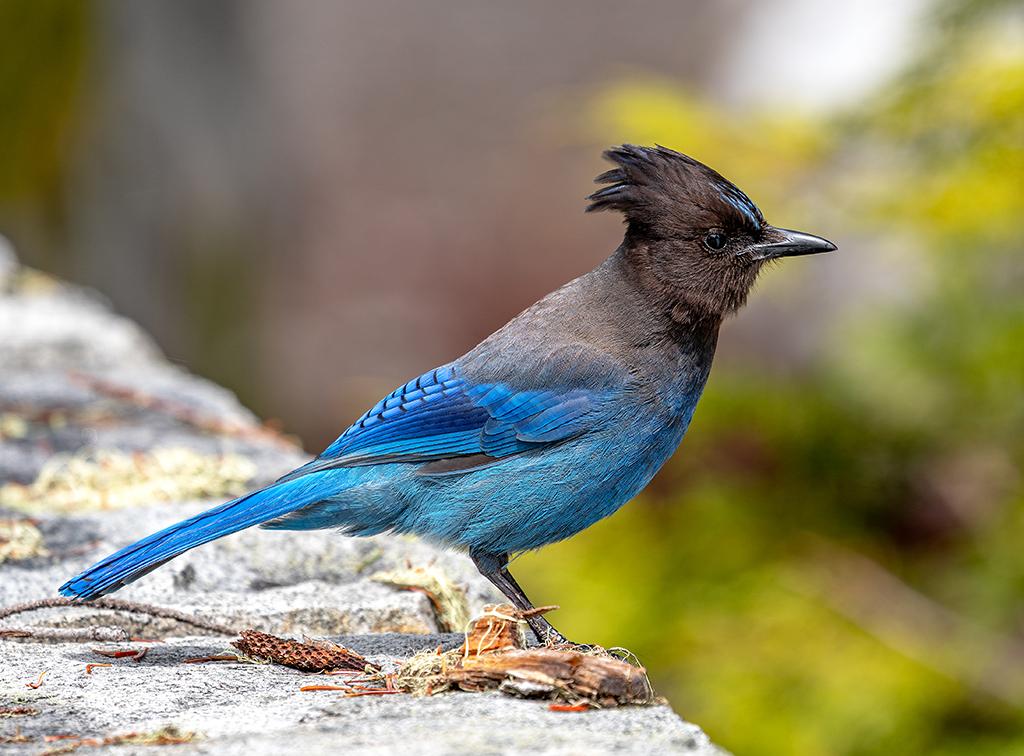 Steller’s jays are year-round residents of Mount Rainier National Park in Washington state. Not all Steller’s jays look alike, though. The Pacific populations have a black head and crest, and a dark blue body, while Steller’s jays found elsewhere, like in Rocky Mountain National Park, have gray shoulders, lighter blue bodies, and small white streaks above the eyes and on the forehead. Steller’s jays are members of the Corvidae family, which includes ravens and crows. 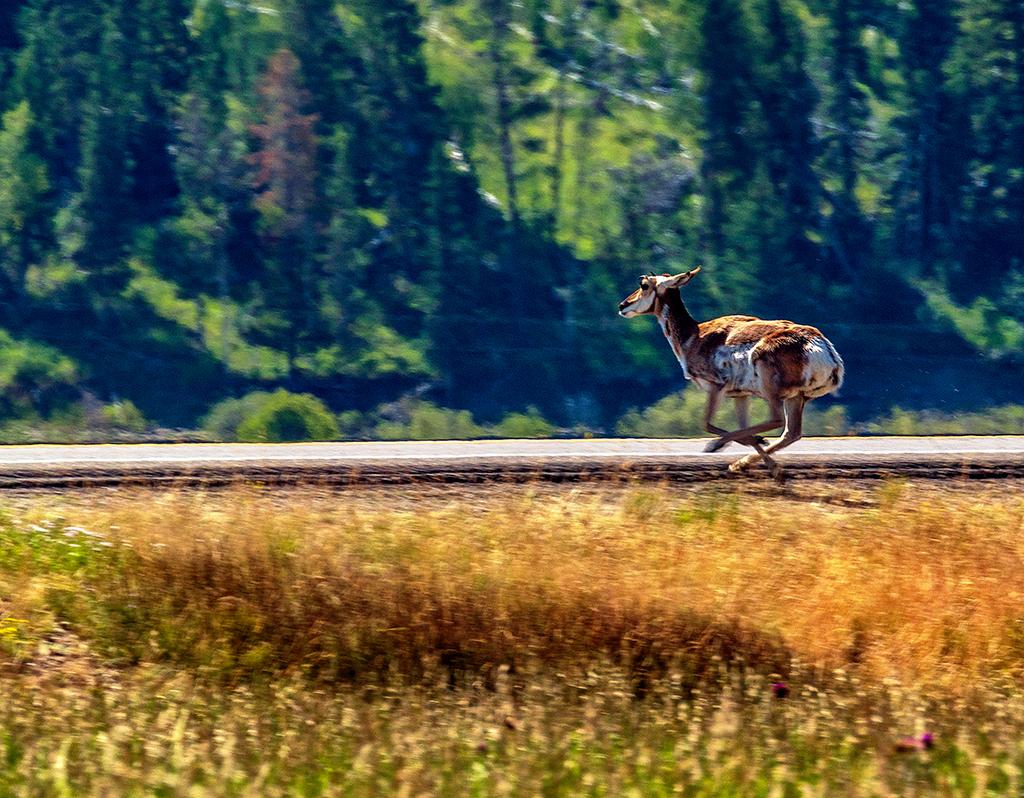 Here’s some interesting facts about the pronghorns you might get lucky enough to spot while hiking Grand Teton and Yellowstone national parks, in Wyoming. Both males and females have pronged horns; the male’s are usually larger. Pronghorns can run sustained sprints of 45-50 mph. A 4-week old pronghorn can outrun a bobcat or coyote. To learn more about pronghorns, click here. 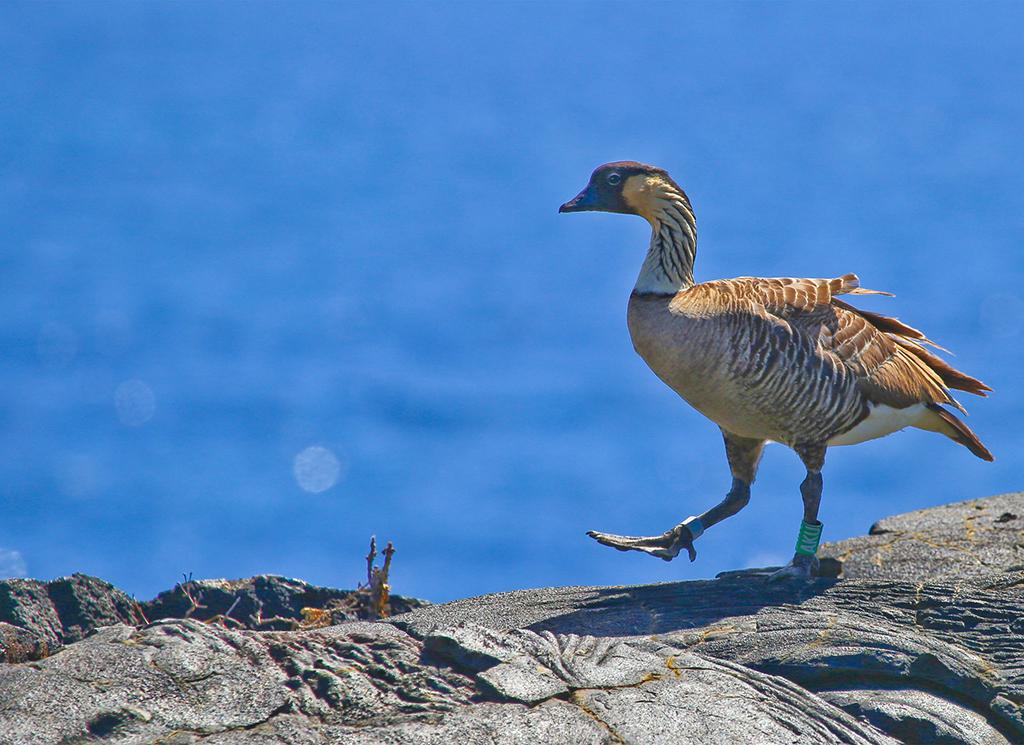 Endemic to the Hawaiian islands, the endangered nēnē (Hawaiian goose) is Hawaii’s state bird and can be seen at Hawai’i Volcanoes National Park. A favorite food of the nēnē is the bright red & yellow, sweet-tart ohelo berry you can find growing on lava all over the park (people can eat those berries, too). “Perhaps 25,000 nēnē existed in Hawai`i when Captain Cook arrived in 1778. By the mid 1940’s only 50 birds remained. Populations were drastically reduced by introduced predators such as mongooses, cats and dogs; by foraging animals such as cattle, goats and pigs; by hunters; by introduced plants which compete with native food and cover plants; and by loss of lowland habitat.” To learn more about the nēnē, click here.

“Estuaries, where rivers meet the sea along the park’s Cook Inlet coast, are the urban centers of the bear world. Food is plentiful here from early spring until the bears return to their dens in the fall. Sedges that are high in protein and other edible plants grow in salt marshes. Tidal flats brimming with clams lay just a few yards away. Flowing through it all are rivers filled with salmon that return each summer to spawn and die further upstream. Whales and other marine carcasses occasionally wash ashore. Berries grow on the nearby hillsides. Everything a bear needs to eat is in one place.”

Javelinas may look sort of like pigs, with that flat snout and those tusks, but they are different from pigs by having, among other things, different teeth, different tails, and tusks that point downward rather than outward to the side. To learn more about javelinas, click here.

“Including the five species of Northwest salmon, steelhead, and certain bull trout, anadromous fish refers to those that migrate from freshwater rivers to the ocean and back to spawn in their natal streams.” To learn more about anadromous fish in Olympic National Park, click here.

Park populations fluctuate by year and season, but there are estimated to be between 300 – 600 black bears in Shenandoah National Park and they are the only species of bear found in this park.

Alligators and crocodiles coexist in Everglades National Park and you can tell them apart by the shape of their jaws. Alligators have a rounded, U-shaped jaw, while crocodiles have a pointed, V-shaped jaw. Also, the fourth tooth from the front, on the bottom jaw, is always visible on a crocodile (although, in looking at a number of crocodile images, it looks to me like every single sharp tooth is visible on a crocodile).

“Ninety percent of the Yellowstone wolves’ winter prey is elk; 10–15% of their summer prey is deer. They also kill bison. Many other animals benefit from wolf kills. For example, when wolves kill an elk, ravens and magpies arrive almost immediately. Coyotes arrive soon after, waiting nearby until the wolves are sated. Bears will attempt to chase the wolves away and are usually successful. Many other animals—from eagles to invertebrates—consume the remains.” To learn more about the park’s wolves, click here.

Sliders and cooters are two of the most common turtles seen in the park, and you’ll often notice them basking on rocks or logs beside the water. Snapping turtles spend most of their time in the water, so you’re going to see them floating in the water rather than lounging on logs.