NO: Oslo prepares to protect its wolves

Oslo city officials are making moves to protect predators in the vast forests surrounding the Norwegian capital. Many residents have reacted positively to wolves in their midst, in contrast to the fear that pervades rural areas. 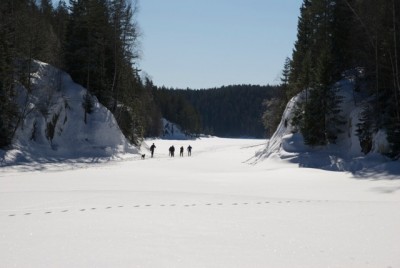 Newspaper Dagsavisen reports that more wolves have been tracked down in Oslo’s eastern forest known as Østmarkaand the northern forest known as Nordmarka. Both are popular year-round recreational areas, but no one is calling for wolf hunts in either.

On the contrary, top Oslo politicians are making moves to ban all hunting of wolves, lynx, badgers and other predators, both large and small, in the city’s 167,000 dekar (around 42,000 acres) of forest land. “The wolf is still a threatened species,” Lan Marie Nguyen Berg of the Greens Party stressed to newspaper Aftenposten over the weekend. She’s politically in charge of the city’s environmental and transport  policy.

By banning hunts on city land, “we’re sending a signal as a large landowner that we are prepared to take our share of responsibility to secure a sustainable wolf population in Norway,” Berg said. She was backed by the head of Oslo’s city government, Raymond Johansen of the Labour Party.

City doesn’t trust the state
They announced the ban on hunting in Oslo just as the state government minister in charge of climate and environmental issues, Ola Elvestuen, was allowing a wolf hunt in a protected zone for the first time. He did not allow a hunt, however, in Østmarka or several other areas, and has backed plans to set up a national park in Østmarka as well.

Berg and Johansen were nonetheless worried that the state government was already authorizing too many wolf hunts and may change their minds on Østmarka and Nordmarka. “I’m afraid Elvestuen (of the Liberal Party) & Co will in practice impose wolf policies that can lead to extinction of wolves in Norway,” Berg told Aftenposten. “That upsets me.”

Oslo’s left-wing government coalition, which also includes the Socialist Left party (SV), further intends to introduce policies that will enhance biodiversity in Oslo’s forests and “make them wilder,” Berg said. They support national park plans for portions of Østmarka that would prohibit any further development.

They’re opposed by some neighbouring municipalities including Enebakk, however, not least because hunting would be banned on park land as well. Ranchers in the southeastern area of Enebakk are among those who feel threatened by wolves.

So do members of the rural-oriented, firmly anti-predator Center Party. It warned years ago that if wolves ever showed up in the Oslo area, urban voters would soon change their minds about wildlife preservation. Center Party officials were wrong, however, with even an east-side resident whose dog was killed by a wolf still expressing willingness to let wolves live in the area.

Center Party politicians weren’t giving up their fight against wolves this week. “I think the fear that many have lived with, especially in areas of Hedmark where they don’t dare send their children alone to the school bus, is a real fear that Oslo folks must expect to feel,” Sandra Borch, a Member of Parliament for the Center Party, told Dagsavisen on Tuesday. “There’s a bigger chance now they’ll meet a wolf while outdoors, both in summer and winter.”

Berg, of the City of Oslo, disagrees: “Wolves and lynx are a natural part of our wildlife, and we have a responsibility to take care of that.”