NY: ‘Coywolves’: Why are coyotes here bigger, different than out west? (video)

Syracuse, N.Y. — Coyotes have been in the news lately with the recent fatal attack on a dog in the south side of the city of Syracuse and other incidents across Central New York.

Meanwhile, wildlife researchers are looking closely at the animals in this state and throughout the Northeast, noting coyotes here are bigger and acting in some cases differently than their scrawning western counterparts. Some researchers are saying that’s because the Northeastern coyote, or “coywolves” as some are calling them, are the product of successful interbreeding between coyotes, wolves and domestic dogs during the past 100 years or more.

These researchers are suggesting what’s out there now is a new species of animal. Some even suggest their comfort around humans is the result of their domestic canine genes – a behavior that could lead to more human/coyote conflicts.

The term “coywolf” was used recently in an Economist magazine article about the animals titled, “Great than the sum of its parts.”

The Economist story said many coywolves are “twice the heft of pure-bred coyotes. With larger jaws, more muscle and faster legs. Individual coywolves can take down a small deer. A pack of them can even kill a moose.” It also said these critters often weigh 55 pounds or more. 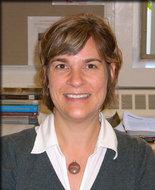 Jacqueline Frair, a SUNY ESF researcher who has been studying coyotes across the state for nine years, said coyotes are definitely bigger in this part of the country. However, while some have been found to weigh as much as 55 pounds or more, that’s the exception. Most adults average 32 to 37 pounds, she said.

Are these coywolves more aggressive than western or pure-bred coyotes? Some say so, but Frair said she hasn’t seen evidence of that.

“If you check the literature there’s literally one incident of a wolf on record attacking a human,” she said. “But as for coyotes, there’s 100s of cases online. You’re seeing it everywhere. This is coyotes. They’re adaptable and willing to live around us — unlike wolves. It’s not because of the dog genes.

“They take advantage of the food us humans provide them, such as bird feeders, leaving dog food out or open garbage cans,” she said. “Coyotes are always on the move. If there’s a coyote hanging around a suburban or urban neighborhood, it’s because there’s a food source and they’re getting fed regularly.

“Take that food source away and they can get aggressive. Like a bear that’s been fed by a bird feeder or food left out — and then breaks into a house when that food source has been taken away,” she said.

The Economist article, citing research by Javier Monzon from Stony Brook University in New York, noted that genetically coyotes in our part of the country are about 65 percent coyote, 25 percent wolf and 10 percent domestic dog. He studied the genetic makeup of 437 coyotes in 10 northeastern states, plus Ontario.

The article said that due to the animal’s dog genes, coywolves are more comfortable living around humans than western coyotes – a point that Frair says is not backed by research or the literature. 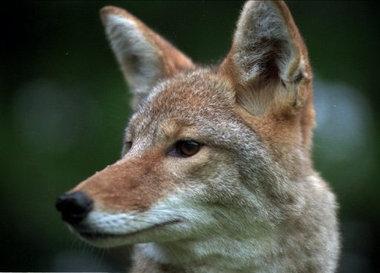 Are coyotes in the Northeast more comfortable around humans than out west? Frair said the literature and research doesn’t back that up.AP photo

“That’s a lot of speculation,” she said. “Out west, you see coyotes moving into Los Angeles, Alberta and Edmonton in Canada – and no one out there is speculating it’s happening because of the dog genes.”

The Economist article noted that the howling of the coywolves is different compared to the noise made by pure-bred coyotes.

“I haven’t seen it documented in the literature, but people are starting to say they’re noticing it,” Frair said. (Listen to two Youtube videos and decide. One is of a western coyote; the other, aNortheastern coyote or coywolf).

Coyotes are not native to New York State and first came into the Adirondacks as an invasive species back in the 1920s from Canada, filling the void when all the state’s wolves were hunted and killed thanks to farmers wishing to protect their livestock and a bounty offered by the state. Before coyotes arrived in the Empire State, they interbred with Canadian wolves.

The second wave, a more pure-bred species, came into this state underneath the Great Lakes starting in the 1940s, Frair said.

Frair said a conversation with SUNY ESF geneticist Christopher Whipps, leads her to believe that “the type of wolf, dog genes they’re looking at” in Northeastern coyotes or coywolves are “neutrally coded.”

“In other words, you can’t link the animals’ larger body size and behaviors to genes. The bigger body size, the larger muscles – it could be something else. Perhaps the animals here are better fed. Maybe it just pays to be bigger out here,” he said.

Frair does agree with the article that the development of the Northeastern coyote, coywolf – or whatever one wants to call it – is a good example of evolution unfolding in front of our eyes.

CHECK OUT THIS DOCUMENTARY ON COYWOLVES:

RELATED:
Recent examples of coyote incidents in the city of Syracuse and throughout Central New York within the past year and a half include the shooting of a coyote in the Eastwood section of Syracuse this winter by a DEC conservation officer because of the animal’s “aggressive behavior;” the finding of Syracuse neighbors of two eviscerated fawns that were believed to be killed coyotes; the Easter morning attack of coyotes on a deer in the backyard of a Manlius home and the report of a German shepherd attacked by coyotes in Floyd, near Rome.

” The Office of Public Safety has received reports of a possible sighting of what appears to be a coyote near the nature trail. Reports were that the animal was not aggressive and did not pose a hazard to people in the area.

“However, as a precautionary measure I have attached a link for you (fromcoyotesmarts.org) to access for information on what to do if you do see a coyote on the nature trail or on campus. ”

HOW TO REDUCE COYOTE/HUMAN CONFLICTS
Read what the DEC says.